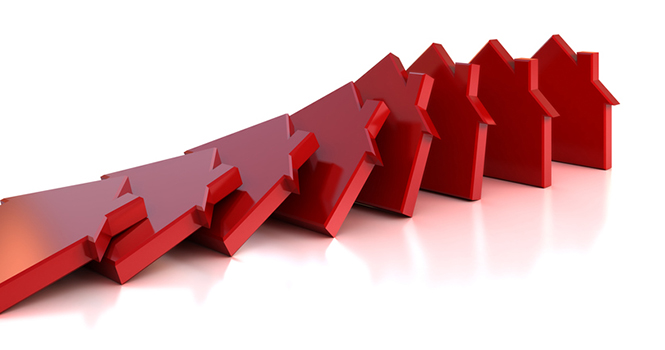 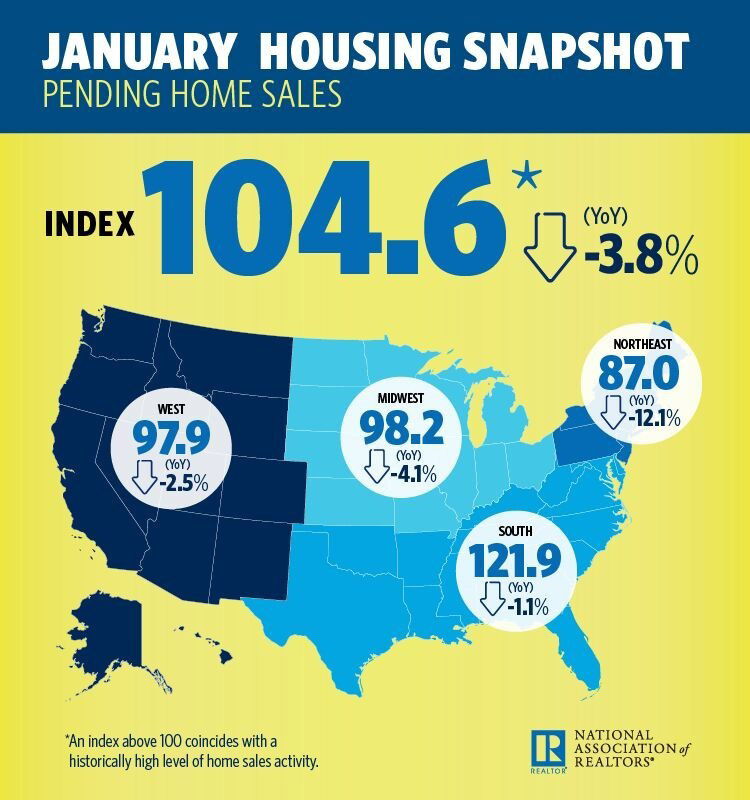 According to Lawrence Yun, chief economist at NAR, January’s activity is attributable to mortgage rates and supply, which have created conditions that are stifling transactions.

“The economy is in great shape, most local job markets are very strong and incomes are slowly rising, but there’s little doubt last month’s retreat in contract signings occurred because of woefully low supply levels and the sudden increase in mortgage rates,” says Yun. “The lower end of the market continues to feel the brunt of these supply and affordability impediments. With the cost of buying a home getting more expensive and not enough inventory, some prospective buyers are either waiting until listings increase come spring or now having to delay their search entirely to save up for a larger down payment.”

Inventory in January was 9.5 percent lower than what it was in January 2017; mortgage rates have shot up simultaneously. As of February 22, the average, 30-year, fixed mortgage was 4.40 percent—and it could increase to 4.75 percent over the next year, forecasters speculate.

NAR’s REALTORS® Confidence Index, however, indicates there is traction, even with January’s figures sliding.

“Even though contract signings were down, REALTORS® indicated that buyer traffic in most areas was up January compared to a year ago,” Yun says. “The exception was likely in the Northeast, where the frigid cold snap the first two weeks of the month may have contributed some to the region’s large decline.”

There are other positives, says Yun.

“As new multi-family supply catches up with demand and slows rents, some large investors may begin putting their holdings of affordable single-family homes up for sale, which would be great news, particularly for first-time buyers,” Yun says. “Furthermore, sellers last year typically stayed in their home for 10 years before selling (an all-time high); although higher mortgage rates will likely discourage some homeowners from wanting a new home with a higher rate, there are possibly many pent-up sellers who may look to finally trade-up or move down this year.”