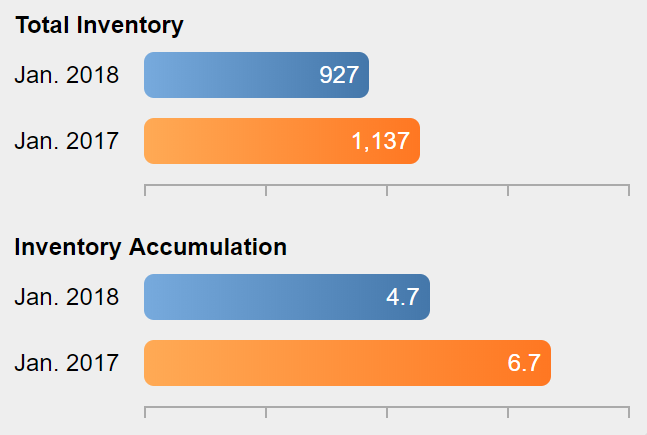 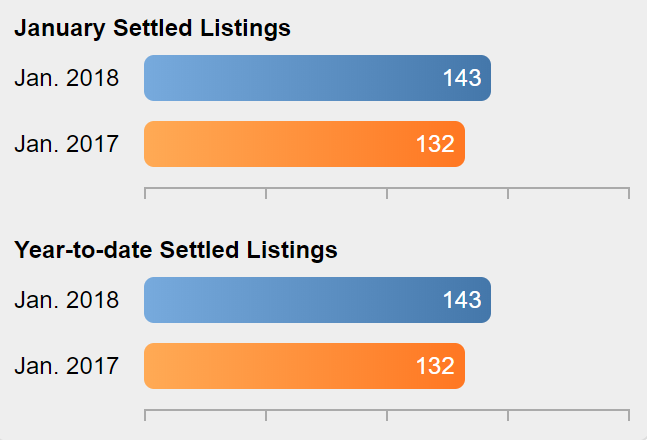 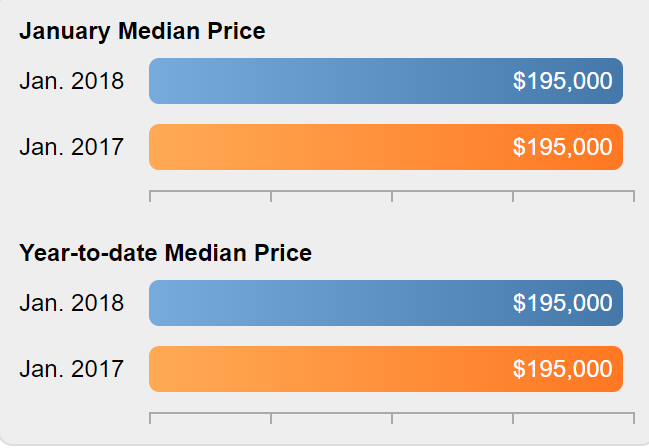 The median sold price this month was up 11.7% compared to last January, and removing foreclosures, the median sales price of normal sales was $248,000, a 10.2% increase from January 2017. 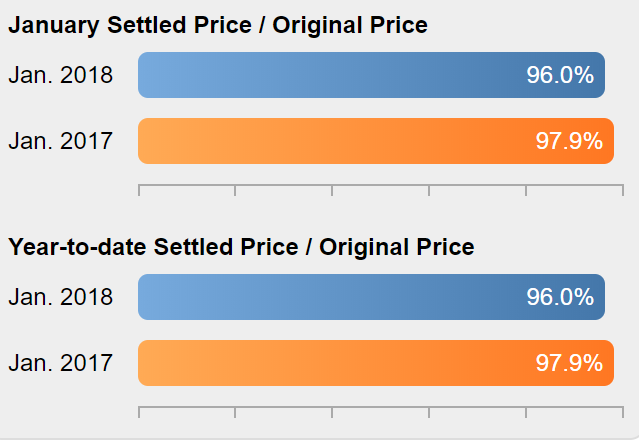