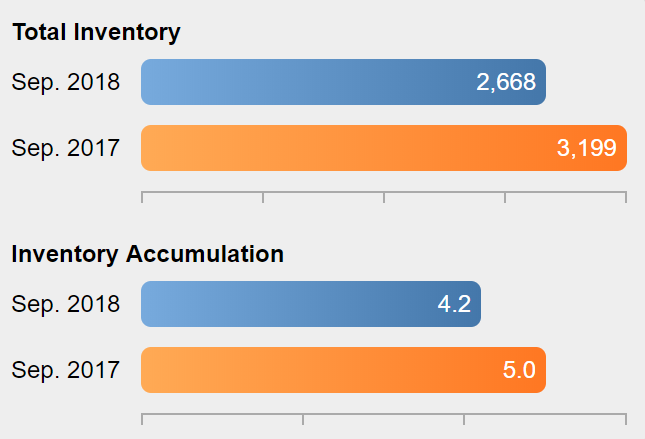 The number of homes available for sale in Camden County dropped 5.0% in September and is now 16.6% lower than a year ago. The Months Supply of Inventory has dropped from 5.0 months a year ago to 4.2 months due to the lower inventory. 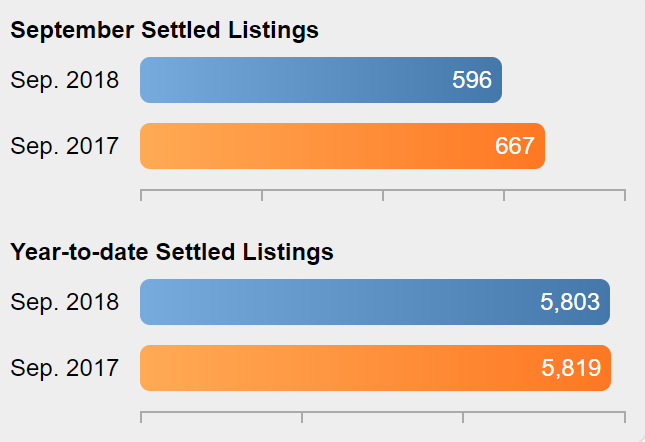 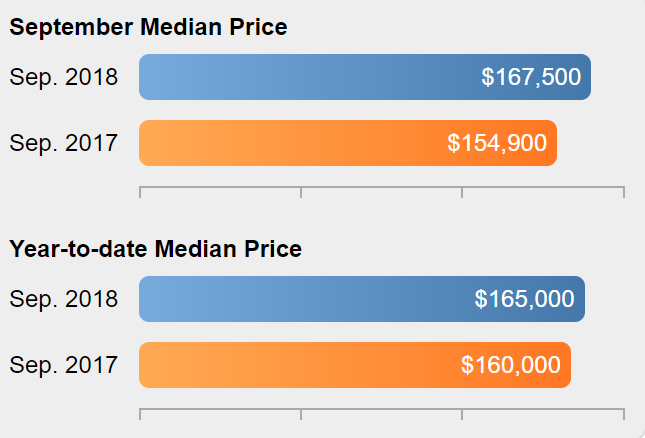 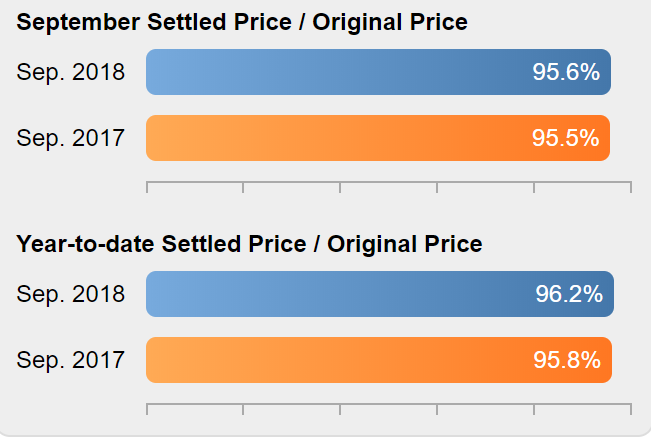 The sold price to original list price ratio in September at 95.6% was above the normal range of 92-94%. In September, properties in Camden sold for 97.9% of the current list price up from 97.8% last September.