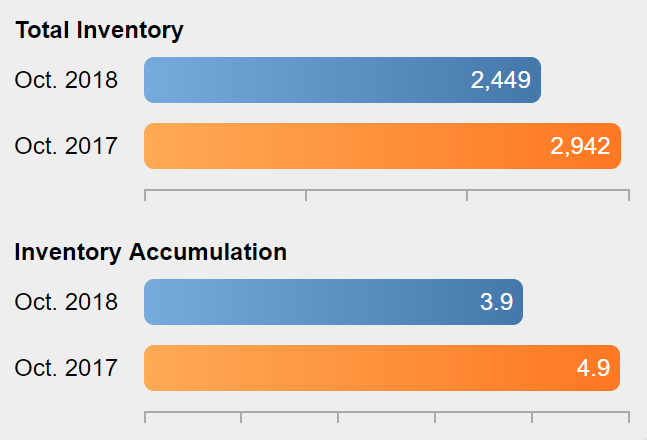 Inventory decreased by 145 listings during October, and is 17% below last year's inventory. The Months Supply of Inventory declined to 3.9 months, down from 4.9 months a year ago. The total number of new listings was equal to last October, despite new Bank Owned listings being down 30% from last October. 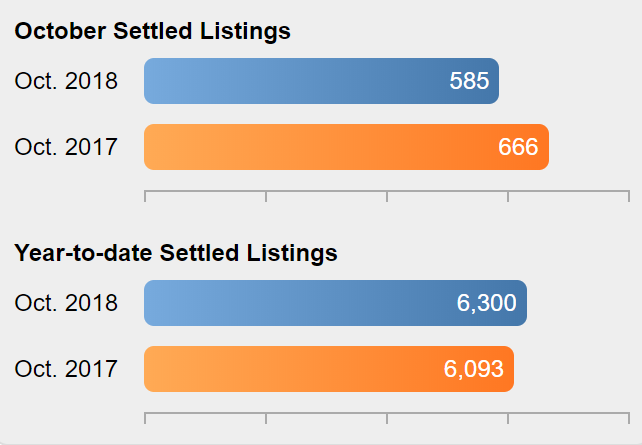 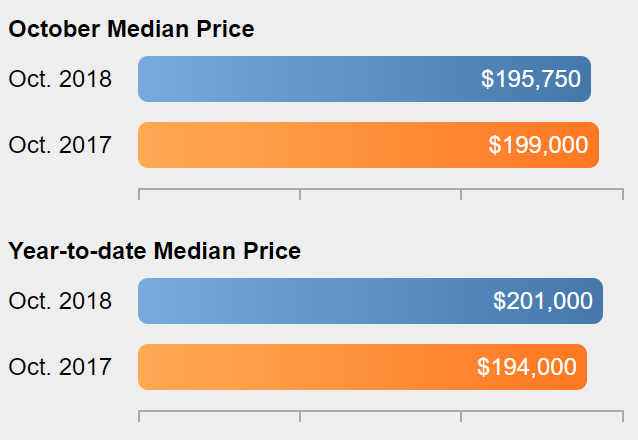 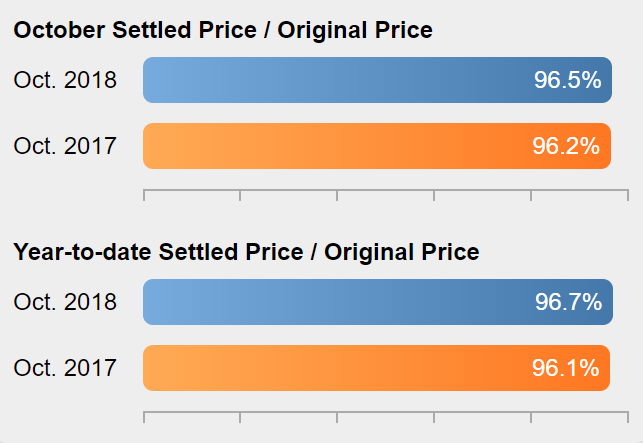