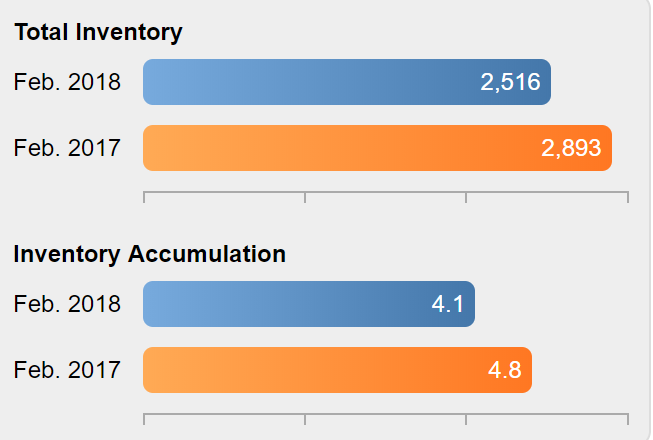 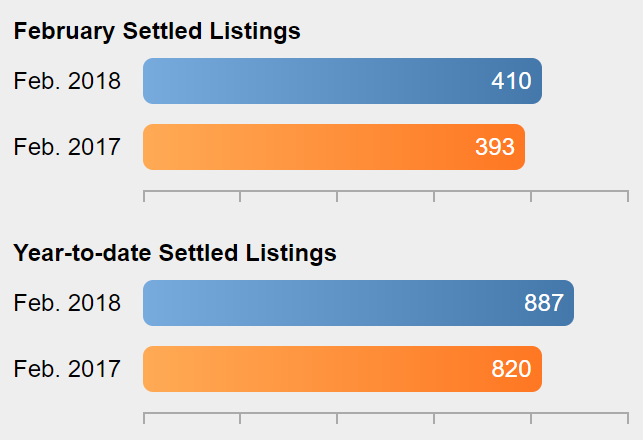 Sales were 4.3% above last February and are up 8.2% year-to-date in 2018, but foreclosure sales, which were down 3.3% from last February but are up 20% for 2018, accounted for much of the increase. The Property Marketing Period of February's sales was 56 days, down from 69 days last February. 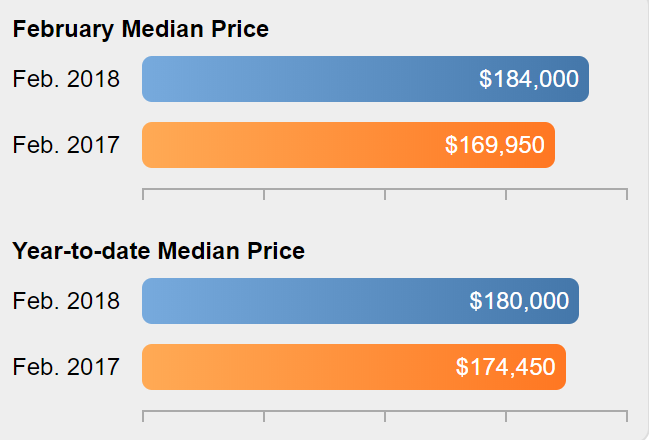 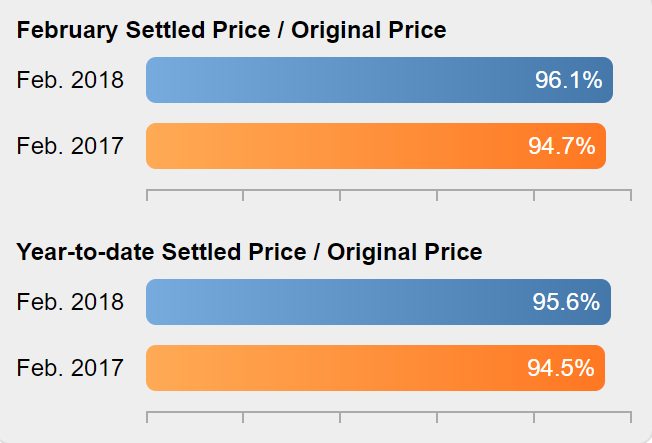