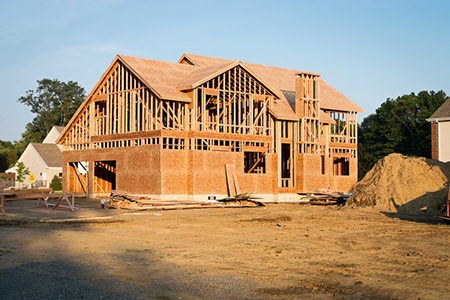 February’s home-building receded, with housing starts softening 7 percent and totaling 1.24 million, according to the latest data from the U.S. Census Bureau and the Department of Housing and Urban Development (HUD). Notably, single-family starts increased 2.9 percent to 902,000. Multifamily starts (five units or more) came in at 317,000.

The decline is a departure from January, when groundbreaking soared some 10 percent.

“Some multifamily pullback is expected after an unusually strong January reading,” said Robert Dietz, chief economist of the National Association of Home Builders (NAHB), in a statement. “Multifamily starts should continue to level off throughout the year. Meanwhile, the growth in single-family production is in line with our 2018 forecast for gradual, modest strengthening in this sector of the housing market.”

“The fall in housing starts in February is a movement in the wrong direction,” said Lawrence Yun, chief economist of the National Association of REALTORS® (NAR), in a statement. “The key to economic prosperity at this juncture of economic expansion is to produce more new homes. That will help with job creation and reduce the swift price appreciation in several markets.

“A total of 1.2 million homes were constructed last year, which was vastly inadequate,” Yun said. “Last month’s annualized rate of 1.24 million is only a hair above 2017’s figure. It’s not enough. While relaxing regulations on small-sized community banks may spur more construction loans for building, labor shortages in the industry continue to stunt overall activity.”