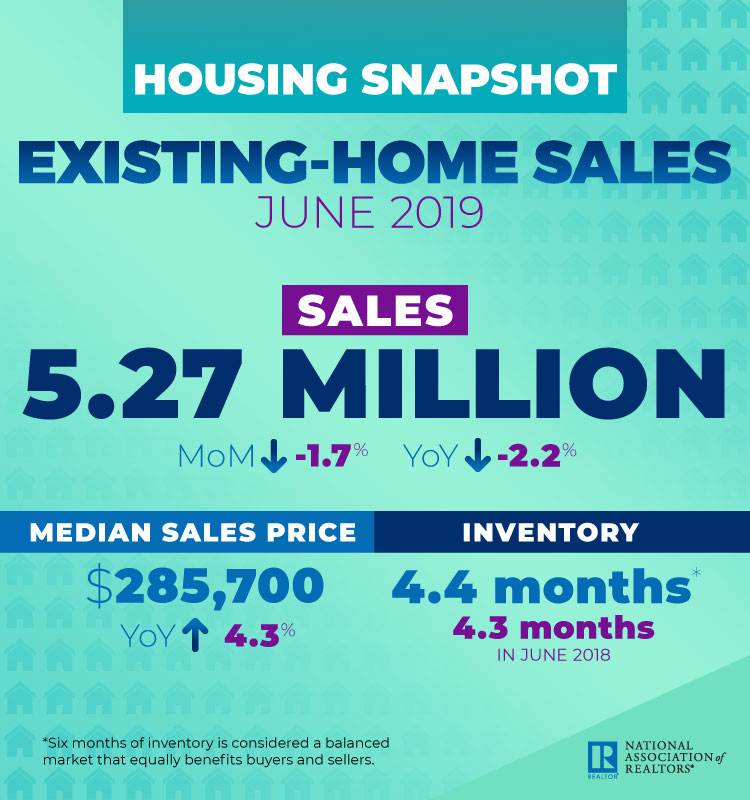 We’re in familiar territory, according to Lawrence Yun, chief economist at NAR.

“Home sales are running at a pace similar to 2015 levels—even with exceptionally low mortgage rates, a record number of jobs and a record high net worth in the country,” says Yun. “Imbalance persists for mid- to lower-priced homes with solid demand and insufficient supply, which is consequently pushing up home prices.”

Although inventory in June picked up—1.93 million, according to NAR’s report—the amount of for-sale homes has not materially risen year-over-year.

“Either a strong pent-up demand will show in the upcoming months, or there is a lack of confidence that is keeping buyers from this major expenditure,” Yun says. “It’s too soon to know how much of a pullback is related to the reduction in the homeowner tax incentive.”

Currently, inventory is at a 4.4-month supply, the report shows. In June, the average listing was on the market for 27 days, one day longer than the prior year. Fifty-six percent of homes were on the market for less than one month.

“Historically, [today’s] rates are incredibly attractive,” says NAR President John Smaby. “Securing and locking in on a mortgage now—given the current, favorable conditions—is a decision that will pay off for years to come.”