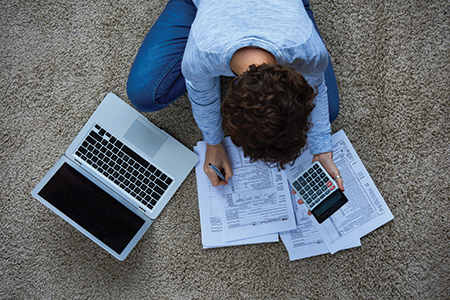 The new tax bill passed by Congress in December 2017, celebrated as the Trump Administration’s first major legislative victory, will have inadvertent consequences for potential homebuyers looking to buy homes in high-end markets, and for those with a home equity line of credit (HELOC). A decrease in home prices and caps on tax deductions, among other effects, will lower affordability in some high-tax states.

The GOP tax bill, which includes a $1.5 trillion tax cut, lowers tax rates for individuals and corporations, and introduces limitations on mortgage and tax deductions.

The bill will cut the corporate tax rate from 35 to 21 percent and repeal the corporate alternative minimum tax. Taxes for individuals will be cut, with a lower top rate of 37 percent, down from 39.6 percent. The legislation also drops the mortgage interest deduction to $750,000, from a previous cap of $1 million, nearly doubles the standard deduction, and doubles the child tax credit.

Homeowners will also have a $10,000 cap on how much they can deduct from their state and local taxes. Individuals looking to buy a home in areas with a higher cost of living will be affected by these changes.

High-End Housing Markets
Since about 95 percent of homeowners are positioned below these deduction limits, and not many homeowners have mortgages of such large proportions, these changes will be felt in a small section of the market. While the states with affordable housing will be largely unaffected by these laws, more people in states with high taxes, including New York, Maryland, Connecticut and California, will deal directly with these alterations.

For instance, 20 percent of homebuyers in New York pay more than $10,000 for property taxes alone. These tax reforms might make living in California even more unaffordable, as a lack of affordable housing has decreased the homeownership rate.

HELOC Deductibility
In 2018, homeowners will have to adjust to a new cap on how much interest they can deduct on mortgages. Recently acquired mortgage debt, acquired after Dec. 15, 2017, caps out at $750,000, while one’s pre-existing acquisition debt is deductible up to $1 million.

Homeowners that have a HELOC might not be able to take tax deductions depending on the loan’s purpose. HELOCs used for home acquisition, or home improvement, will be deductible, while home equity debt, commonly used for debt consolidation, will not be deductible.

This applies to new and existing HELOCs that were acquired before Dec. 15, 2017, without grandfathering. Going forward, homeowners will have a greater incentive to pay off their debt, if possible, or will have to roll their HELOCs into a deductible first mortgage.

While tax reform might cause a fall in property values and make it difficult for homebuyers to afford housing in diverse cities with more employment opportunities, experts see possible long-term benefits. These include subsidized house prices, an increase in home-buying and economic growth in the housing industry. In the interim, it’s important for industry experts to inform homebuyers about how these new tax laws could affect them, and guide them in financing their future home.